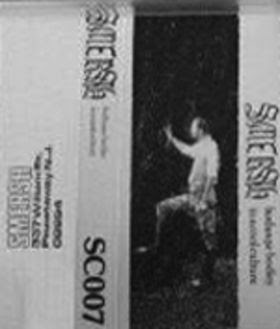 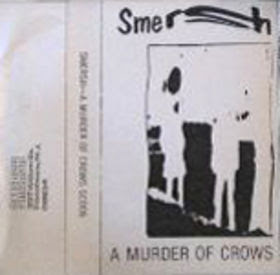 Smersh was Mike Mangino and Chris Shepard. And from 1981 until 1994 they released far too many cassette tapes. They also contributed to far too many compilations throughout the known world. In the early eighties they established a unique sound that is known and loved, combining cheap electronics and wild guitar sounds with distorted vocals. They were in fact a bit The Ramones of the industrial scene. But were they industrial? The Smersh sound had so many faces that it is next to impossible to categorize their music. Smersh recorded on most monday evenings for a couple of hours. Each song was improvised over the course of the evening and then recorded. Once it was finished they never played it again. They never rehearsed, they couldn't read music, and they never played live.
Some dates (important?)
1976 - Mike Mangino forms Pink Noise
1977 - Chris Shepard forms The pop-tarts
1978 - Mike joins The Pop-tarts
1979 - Mike and Chris leave The Pop-tarts to form Smersh
1981 - The first Smersh cassette is released
1983 - First European exposure on The Last Supper cassette compilation (with SPK,Test Dept.) 1986 - First LP, The Part Of The Animal That People Don't Like released by Dead Man's Curve, UK
Excellent electronic semi industrial distorted pop muzak in Residential vein .Dance music for cyborgs on acid!
get them here and here
mutantsounds at 10:29 AM
Share