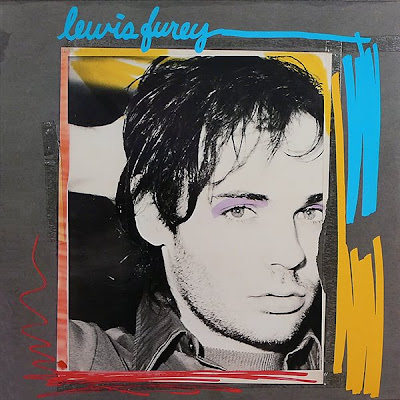 Born in Montreal, Quebec, Furey trained as a classical violinist, and at age 11 performed as a soloist in the Matinées pour la jeunesse concert series of the Montreal Symphony Orchestra. He later studied at the Juilliard School in New York City. In 1974, he began playing and recording his own rock music compositions. In the ensuing years, he produced three albums of pop music: Lewis Furey (1974, A & M 4522), The Humours of Lewis Furey (1976, A & M 4594) and The Sky is Falling (1978, Aquarius AQR-521). Distinguishing features of the albums were Furey’s Lou Reed-like vocal stylings, a number of songs with gay content (particularly the local Montréal radio hit Hustler’s Tango), and exotic arrangements featuring unusual uses of violin and banjo as well as elements of klezmer music.
In 1975, he began a very successful new venture as a composer for films. His first film score, for director Gilles Carle’s La Tête de Normand St. Onge (1975), won a Canadian Film Award. In 1976 he worked on the Gilles Carle film L'Ange et la femme along with his future wife, the actress and singer Carole Laure. This project involved more than composing alone; Furey and Laure are famously seen performing a sex act in the film (see List of mainstream films with unsimulated sex). Furey also composed for the Allan Moyle film The Rubber Gun, which despite the risqué-sounding title was about families affected by drug use. Later in the 1970’s, Furey and Laure produced a number of successful stage reviews in Paris. Furey also served as producer and frequently also as songwriter for a series of albums by Carole Laure, beginning with Alibis (1978, RCA KKL-1-0290), a hit in Québec in 1978. In 1979, Furey wrote the music for another Gilles Carle film, Fantastica, which starred Laure in the lead role of Lorca. Furey also acted in the film and was nominated for a Genie Award in Canada for “Best Performance by an Actor in a Leading Role.”
Furey further developed his career in film and television music with productions such as a 1983 Gilles Carle movie, Maria Chapdelaine, based on the classic Québec-based Louis Hémon novel of the same name. His score for this film won a Genie Award. His 1985 directorial debut was in the film Night Magic, with script co-written by Leonard Cohen.
Based in France since the late 1970’s, Furey has continued to score film and television work as well as producing and writing for successful albums by Laure, such as She Says Move On (1991) and Sentiments naturels (1997). A stage production based on the latter ran for over a month in Paris in 1998.
Furey's songs have been recorded by various other artists such as Céline Dion, who recorded Michael's Song (La ballade de Michel) and Listen to the Magic Man (Dans La Main D'un Magicien) for the film The Peanut Butter Solution (1985), both co-written by Eddy Marnay [detailed biography in French Wikipedia]; Tom Robinson, who recorded Closing the Door and Love Comes; and Petula Clark. His first two albums became hits in Japan and are available on CD only as Japanese re-releases. A CD version of The Sky is Falling was released in France.
He is the brother of Canadian playwright/actor/pianist Richard Greenblatt (playwright), author of the major hit play 2 Pianos, 4 Hands.
From Wikipedia
A great and very sentimental LP, reminding much Over period P. Hammil ,some mid 70s Bowie and even the strange compositions of P. Comelade.
get it here
mutantsounds at 3:50 AM
Share